Women leaders in combating coronavirus- Is it a win for feminism?

A woman without a man is like a fish without a bicycle. Doing justice to this very popular feminism slogan, we have quite a number of female leaders around the world marching swiftly towards a better tomorrow.

We have three sets of people all over the world when it comes to ‘feminism’. One refuses to comment presuming it be controversial, the other either support it with all heart or criticizes it to the extent of calling feminists ‘MEN HATERS’. The question here is not about which group do you belong, but about how do you perceive the movement, its achievements, and its faults. Give me a state, an institution, a movement, or a system which is not flawed, but why be a Negative Nancy. Why do the pseudo-intellectuals solely point out pseudo-feminists and together develop an entirely wrong conception to misguide the world, is it like birds of the same feather flock together?

As the most intelligent living being existing, it is our duty and responsibility to look at the attainments of every movement, institution or system and work rigorously to bring in amends to the existing flaws in every way possible rather than sitting behind our idiot box and having a gala time fighting over trivial issues. Only a united effort can bring the changes you want to see. ‘Feminism’ is such a movement. Feminism can be used to describe a political, cultural, or economic movement aimed at establishing equal rights and legal protection for women. True feminists have come a long way from the early 19th century to the current decade, fighting various battles for the women of the world. Every time a woman succeeds, it’s a feather on the cap of feminism.

A very old proverb says “The hand that cradles rules the word”, but how often do we see a woman at an influential position? According to statistics, only 7% of women hold government leadership positions today. It’s because of women-driven movements like Feminism that has made a place for women in leadership roles. These movements have generated immense awareness that a woman can be more than a mother or a caregiver. As a result, we see women challenging the orthodox society fearlessly and fighting to cut a niche and point straight at those who said a woman can’t rule a kingdom. As graceful as women are, recent achievements of woman leaders in India and around the world in fighting the coronavirus have created a buzz globally. Coronavirus pandemic has brought people together in solidarity, that is the nature of a pandemic, it’s a collective disease. Another wave of solidarity is being seen among women around the world when talks stirred up about the female lead countries which are doing tremendously well in containing the pandemic. What can be a better slap on the faces of pseudo-intellectuals than this? On one hand, superpower America has been reduced to a joke because of the unprofessional leadership of President Trump during the coronavirus crisis, contributing nothing to the American economy but only to the wallets of the members. The situation in the world’s greatest economy is so grave that after the coronavirus pandemic is over, it might be necessary for President Trump to claim that his doppelganger took all the hasty decisions during the pandemic to retain his position. On the other hand, female lead countries like Germany, New Zealand, Iceland, Taiwan, Finland, Norway Denmark are gradually coming out glorious with their meticulous strategies and commendable success in containing the virus. India is not left behind, the Health Minister of Kerala and one of the youngest IAS officers of Bhilwara, Rajasthan has shown creditworthy success compared to other male counterparts. These women deserve to be celebrated and should be an inspiration for all the women to bring in a new era of leadership.

Women around the globe

Germany, led by Angle Markel, whose governing strategies has been in the news recently. She took to media talking about the issues related to restrictions in freedom and movement due to coronavirus and its effects on everyone but particularly on women. As a result of her mention, reports on how the pandemic is going to affect women have started surfacing; however, a true, unbiased result will be available only in its aftermath. There have also been reports about how this pandemic has turned out for those facing gender-based violence at home. Huge credit goes to her for bringing the plights of a very woman during the coronavirus pandemic.
In a recent webinar by Womenliftheath, Angle Markel said “The tendency of women leaders to be “more participatory and democratic in their leadership” made their approaches more effective. “Women are not inherently good at public health response, and men inherently weak,”
Germany was hit hard by the virus but has managed to keep the mortality rate at 1.6%, which is way less than other European countries and the USA.

With strict but effective social distancing rules, New Zealand led by Jacinda Ardern has contained a coronavirus with 22 deaths so far. Her strategy was to start slow at the beginning and gradually moving towards a level four lockdown, which is complete lockdown of non-essential services and gathering.
However, its neighbor Australia, led by Scott Morison, severely bashed with hate comments due to his absence from the country during forest fires and attending a rugby game soon after announcing social distancing norms, has invited Mr. Corona with more than 7000 cases with 103 deaths.

Looking at just 400 cases and 7 death so far, upon being a country which lies within close proximity of Mainland China, the epicenter of the coronavirus outbreak, throws lights at the remarkable policies and effective strategies taken by Taiwan, led by another strong woman and an ex-law professor, Tsai Ing-Wen. Apart from successfully containing the coronavirus, Taiwan stood in solidarity with other worst-affected countries. Taiwan has pledged to donate 100 million masks to the USA and 11 European countries. Taiwan was the worst-hit country during the 2003 SARS outbreak which helped it to prepare better this time. Wen’s government recognized the fact that containment cannot be restricted to border control alone and took the necessary steps accordingly.

Back in 1918, India was the worst-hit country by Spanish flu. We cannot disregard the fact that back in 1918 India was way backward in terms of economy, exploited, and plundered by the British colonizers. However, this time, India is trying with all means to contain the spreading of the virus within the extraordinary Indian population. Cases are gradually reaching 2 lakh and the government is bringing in various strategies every day to handle the grave situation. Prime Minister Narendra Modi in his address to the nation on the 14th of April mentioned two women leaders of India for their praiseworthy job in crisis.
The health minister of Kerala, KK Shailaja has brought strong measures in fighting coronavirus pandemic. She has ordered the opening of test booths all over the state for better surveillance. After the Nipah virus, the Kerala government has been very attentive to the health crisis. The robust health care mechanism created by Kerala not only deals with testing and treatment but also mental health and counseling.
A small district in Rajasthan, Bhilwara, led by Tina Dabi, one of the youngest IAS officers. has been an inspiration for the entire country. Her ruthless and strict containment strategies have brought itself a name, called the Bhilwara model. Bhilwara model is now being used by various other states in India. Her model involves aggressive screening in rural and urban areas, strict isolation wards, and door to door testing. The city went on a complete lockdown much before the rest of the country. Challenge for her was not only putting people in lockdown but also convincing them to stay inside. Tina Dabi and her team were successful in implementing lockdown and delivering essentials to various households.

Is this a win for feminism?

It is important to analyze that this article speaks about successful women leaders around the globe compared to other countries however it does not advocate that women have inherited better qualities over men, or women are always better as leaders because this would again bring us back to gender-based stereotyping.
It is important for us to understand that a woman has various roles to play in a family as well as in society, but that does not mean they cannot handle grave and critical situations like Covid-19. Feminist movements have been fighting a long war to create awareness that it is not easy to be a woman, but this does not bring invulnerability or an excuse to shove them away from various positions of responsibility. A woman does not need a man to carve her path for success does not mean that feminism looks down upon men, rather it advocates the idea that woman is independent enough to work for their success but should be given equal rights as men and should not be looked down upon as vulnerable section of the society.
Calling it an ultimate win for Feminism would not be entirely correct, because we have various issues to sort out, but the commendable success stories of these women do add to the golden batch. This is an example of what Feminism is all about and what feminists fight for. For the greater success of womanhood, the movement should be celebrating such triumphs, instead of descending into the remarks of pointless attention seekers. 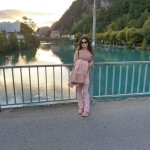 My name is Nayonika Chakraborty. I am a BSc Economics(Hons) graduate. My outlook on the world is a combination of diversity and knowledge and I practice it in my life as well. I aspire to become an economist and face the growing economic challenges of the country while keeping myself attached to the roots of my culture through my immense passion for classical dance and music.

Nayonika Chakraborty
My name is Nayonika Chakraborty. I am a BSc Economics(Hons) graduate. My outlook on the world is a combination of diversity and knowledge and I practice it in my life as well. I aspire to become an economist and face the growing economic challenges of the country while keeping myself attached to the roots of my culture through my immense passion for classical dance and music.

Famous students of IIT: The institute and students who live up to its fame

Indian Institute of Technology (IIT), is the premiere, the prestigious and the pride of the Indian world of engineering. This institute has...
Read more
National News

Lok Sabha internship 2021: Everything you need to know to apply

The Lok Sabha has advertised for an internship which is open for graduates and postgraduate students between the ages of 18 to...
Read more
Current Affairs

Get sporty with some interesting facts about World Olympic Day