Will Uddhav Thackeray resign from the CMs chair?

Maharashtra CM Uddhav Thackeray may lose his seat if he is not elected to the Legislative Council of the state before May 24th.

Amid this lockdown, there is some hot and spicy recipe cooking in the nation’s largest state’s kitchen. Don’t know about others, but it’s going to taste really great to the politicians, political analysts and especially the lawyers. The reason being the recipe is a mixture of politics and many legalities.

All the eyes right now, are on the political instability fuming in the state again after the last episode of Ajit Pawar and Devender Fadnavis duo. Questions are being raised and discussions are getting heated up and many speculations are coming in a way that, is it another move by the opposition in the state and the party in power at the center i.e. BJP to check mate Mr. Thackeray and destabilize the government and pull it down or it’s an automatic crisis that is awaiting ahead due to this ongoing pandemic? Afterall politics is politics. We cannot predict the political stratagems coming ahead and cooking in the heads of the politicians but we can definitely discuss the legalities which are the tastemaker of this ‘Instable Recipe’. Specifically speaking, the constitutional hindrances that are awaiting for Mr. CM ahead like the steric hindrance in liquids. Many news’s are coming from the big-shot media houses that the Maharashtra CM had a talk with Prime Minister Modi. In which he said the PM that deliberate attempts were being made to create political instability in the state and political instability in a huge state like Maharashtra when it is facing the COVID-19 crisis is not right”. The telephonic conversation was made a day after the leaders of the ruling coalition, Maha Vikas Aghadi (MVA)—including the Shiv Sena, the Congress and the NCP—met Governor Bhagat Singh Koshyari with a fresh cabinet recommendation to nominate CM Thackeray to the legislative council through the governor’s quota. The first recommendation of the state cabinet had been made on April 9. These all steps are being taken because of the very reason that Mr. Thackeray took oath as the Chief Minister of the state of Maharashtra on November 28 last year. Since then he hasn’t been elected to be a member of the legislature. As of now, he is not a member of either the state assembly or the upper legislative council. So, how did he become the CM? The answer is, it is possible as per the Constitutional framework. An un-elected member may be appointed as the CM by the Governor provided that for this continuance in the Office, he has to get elected within 6 consecutive months from the date of his appointment as the CM. This vital provision comes from Article 164(4). Which reads as follows; “A minister who for any period of six consecutive months is not a member of the Legislature of the state shall at the expiration of that period cease to be a Minister.”

So, due to this the constitutional crisis could unseat Thackeray from the CM post if not nominated within a month. Because only a month is in hand to conform with this constitutional provision to keep the seat safe. To tackle this situation, plans made before the pandemic struck the nation, to get elected to the Maharashtra Legislative Council (which is the second house of the legislature where one third of the members are elected by the Assembly), by his MLAs through elections on March 26. However, the polls had to be postponed due to this ongoing pandemic. So, we can very well say that this situation that has arose today was unforeseeable months ago. Nobody thought instable situations like this may arise again, after the last episode. The crisis doesn’t end here, there is much more than that.

To deal with these situations the politicians are left with only 3 options. Let us see what they are in detail. They are quite interesting from political and legal point of views. The first option was obviously to conduct elections and get him elected to the state legislature. This option is most accepted and widely used one, because it is constitutional and democratic. But currently this option is not the one which is safe. Already the state of Maharashtra is way ahead in Corona positive cases and conducting elections at this point of time will be nothing but giving invitations to more positive cases and adding fuel to the fire. So, let us strike it out as this is not a good option. The second option comes from our living book i.e. the Constitution. What an intelligent piece of legislation, we shall wonder. The second solution is the one just discussed above i.e. nomination by the Governor. As per Article 171(5), “The members to be nominated by the Governor under sub-clause (e) of clause (3) shall consist of persons having special knowledge or practical experience in respect of such matters as the following, namely: — Literature, science, art, co-operative movement and social service.”

So, this gives power to the Governor to nominate members to the State Legislative Council. At present, there are 2 vacancies in the Legislative Council resulting from 2 NCP legislators changing their abode to BJP for pleasing reasons well known to them, to which Thackeray can be nominated to. But this thing is purely political. Everyone knows what’s happening throughout the nation for last few years in other states. The Governor, Bhagat Singh Koshiyari is mum on this slowly arising crisis. Even after many recommendations and meetings with the coalition members, so far there is no response that is coming from the Governor’s office. And if this option doesn’t go well before 28th May 2020, which is the last day of the expiration of 6 months period then the CM will be unseated automatically because of the Constitutional provisions. But there is still the last option which is left in the list, which is risky, questionable, debatable & may attract legal consequences which again is not appreciable at this point of time. But that is the last resort which may be adopted to keep the situation at a place in the state. History repeats itself, well said. This option traces its birth from the similar infamous crisis that arose in the reign of Congress leader Tejpal Prakash Singh who was a minister in the then Punjab Government. Way back in the year 1995, faced with a similar dilemma and his Minister-ship at stake, Singh decided to resign at the end of his six-month period and re-took oath immediately afterward. So, walking in a similar way, Thackeray could resign at the end of the deadline, and rejoin, which could open up another six months for him. This is simply a by-pass way to the CM’s seat but is guarded by many hindrances because the above-mentioned Singh’s approach was nullified by the Honorable Supreme Court stating it improper and invalid. The apex court quoted as; “We are, therefore, of the considered opinion that it would be subverting the Constitution to permit an individual, who is not a member of the legislature, to be appointed a minister repeatedly for a term of “six consecutive months”, without him getting himself elected in the meanwhile. The practice would be clearly derogatory to the constitutional scheme, improper, undemocratic and invalid. Article 164(4) is at best only in the nature of an exception to the normal rule of only members of the legislature being ministers, restricted to a short period of six consecutive months.

This exception is essentially required to be used to meet the very extraordinary situations and must be strictly construed and sparingly used.” The reason for highlighting the last lines of the dicta is, ‘Necessitas non habet legem’, which means ‘necessity knows no law.’ Thus, although the way seems against the constitutional principles and the very idea of democracy that a minister must be one who is properly elected but at this point of time where the whole world is in the claws of the pandemic and for its proper control and management the presence of a stable Government is a sine qua non in any place. In a state like Maharashtra which is considered as the economic capital of the nation and holds a huge portion of the nation’s population and already where the situation is gruesome due to the pandemic, political instability will be highly detrimental and risky. So, if the second option doesn’t go well, the third option may save the situation at this time as it is backed by necessity, which the courts may consider if the matter is taken before them. The current situation may conform to the findings of the Honorable apex court as, ‘extraordinary situation and must be strictly construed and sparingly used.’ We are now left with the only option that is to wait and watch the next move of Mr. Thackeray in saving his seat while keeping in mind the constitutional frameworks. Let’s hope for the best.

*The article was submitted by Mr. Sangram Keshari Jenamani

The author is a practicing advocate before the Honorable Supreme Court & Delhi High court. He has gained a wealth of practical experience in the highly challenging areas of Taxation and Criminal Law. He has also vast experience and exposure in appearing before various tribunals like Income Tax Appellate Tribunal, National Company Law Appellate Tribunal, National Green Tribunal, etc.. His keen areas of interests are reading, writing and attending political debates. He is currently residing in New Delhi but belongs to Puri, Odisha. 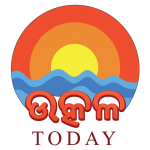 Utkal Today covers news across politics, economy, business, travel, governance, environment and few more categories. We are in a mission to inspire & motivate every Odia community through our positive data-driven news.

Image: Utkal Today Bhubaneswar, June 7, 2021: “The Clash of Civilizations and the Remaking of World Order” is...
Read more
Politics