Trump, China, and WHO

With the current global situation of the coronavirus, we can all agree that it is time that leaders of countries look past their politics and come together to save the world from a raging pandemic. Is it the truth or we are playing the blame games?

On April 14, US President Donald Trump announced that he was going to halt funding to the World Health Organisation (WHO) because he found the WHO’s handling of the coronavirus pandemic very inefficient. He was backed by several leaders and experts on this because the WHO’s activities were agreeably problematic. But can the onus of the entire pandemic be put on them?

The World Health Organisation (WHO) is an international organisation which is a part of the United Nations (UN) and is concerned with international public health. Its 193 member states provide funds to promote its activities.

The WHO became famous after the way it handled smallpox and eventually eradicated the disease. Its importance started to build over the years as it handled polio, H1N1 and the Ebola outbreak among other things. It spends its funds on research and providing medical aid to people worldwide. However, with the mounting pressure due to the current global coronavirus pandemic, a lot of fingers are being raised at the WHO’s director general Tedros Adhanom Ghebreyesus.

With millions dying all over the world, the question arises: why could the WHO not stop this pandemic?

What did the WHO do?

Leaders of several countries and experts all around the world are questioning if the measures taken by the WHO to control the coronavirus crisis in the beginning of the year were adequate and unbiased.

Let’s review some things that the WHO did wrong that led to this.

While the WHO’s moves might be called “China centric”, it is not at fault entirely. The WHO’s weakness lies with the fact that it cannot sanction its members. It can only release information and precautions and it is up to the member countries to implement them. It would be wrong to dump the entire blame of the occurrence of a global pandemic on an organisation with so little power.

When the WHO did issue precautions, several countries chose to ignore it. Due it its limited power, the WHO could do nothing but emphasise the seriousness of the situation. Thus, when countries realised that coronavirus was not a minor issue, it was too late.

Countries, in order to shift the blame, started calling the WHO a sycophant . What is interesting to note here is that Tedros won the elections due to China and its influence over other smaller member countries. This gives the world another reason to suspect the WHO’s activities. Some of the things that the WHO has been accused of are mismanagement, spread of misinformation and inefficiency. While the WHO certainly did display some degree of inefficiency, the lack of seriousness about the issue in major countries is to blame as well.

Coming back to the USA, Trump’s decision to suspend funding to the WHO comes at a time when there are thousands of people dying worldwide. It has stopped being about individuals, it has now become about a global effort. The USA is the biggest contributor to the WHO’s funds, and with it backing out, the WHO will be much weaker than before.

The WHO is currently investing in research about coronavirus and a slash in its funds would mean a slower progress in understanding and combating the disease. Moreover, with the USA and other countries politicizing the outbreak, things have become uglier. The WHO’s every move is under scrutiny currently.

Trump is, without a doubt, trying to shift the blame. Experts view his move to suspend funds as a way to weaken China’s global control. Moreover, while criticising the WHO and calling its policies “China centric”, Trump had himself commended China’s policies to curb the outbreak. Moreover, he did not take the WHO’s warnings seriously. As a result, the USA is the worst affected country in the pandemic with over 1.13 million confirmed cases of coronavirus.

There is a lot of uncertainty regarding Trump’s decision to suspend the funding. While he said that the review would take 60-90 days, no one has a clear stand about what will happen. While Trump is within its rights to curb the funding, its timing is very incorrect. Moreover, it is not ethically correct because Trump’s behaviour suggests that he feels like he is doing the world a favour by funding the WHO when it is not the case. First of all, the WHO has the power to bring together scientists and experts and has the power to tackle several life threatening diseases and help nations in need. The WHO has raised over $1bn to aid coronavirus research. Therefore, to take the funding away at a crucial time as this is just in poor taste. Secondly, by funding, the USA is not doing anyone a favour. The only reason they should fund is because they owe it to the world to help them in the time of need.

With the current global situation of the coronavirus, we can all agree that it is time that leaders of countries look past their politics and come together to save the world from a raging pandemic. Never in history was it this important to come together globally and support each other. This pandemic let us focus more on helping people. 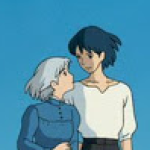 Smruti Pattanaik, an extremely chatty 20 y.o. on the verge of becoming a narcissist. A feminist, a dreamer, a thinker, a spontaneous singer, and a self-proclaimed dancer, she won’t think twice before selling her soul to the devil for books.

Smruti Pattanaik
Smruti Pattanaik, an extremely chatty 20 y.o. on the verge of becoming a narcissist. A feminist, a dreamer, a thinker, a spontaneous singer, and a self-proclaimed dancer, she won't think twice before selling her soul to the devil for books.