10 Famous Odia Dialogues that Remain in our Heart Forever

These are the famous Odia dialogues picked from different movies that we repeat, enjoy, and rehearse. They have created lasting impressions in our memory and are attached to the bottom of our hearts.

Some words from Odia movies have remained in our hearts forever. We repeat, enjoy, and rehearse them, and these have created lasting impressions in our hearts. Let’s reminisce some of the best Odia dialogues that will give you a ride through nostalgia.

This Odia dialogue is from the film Most Wanted, directed by Susant Mani. Filmstar Anubhav Mohanty has numerous well-delivered dialogues. However, this one is unique and one of the most liked ones.

Also Read: Top 10 evergreen Odia films you must watch once in a life

This Odia dialogue is from an Odia drama and sentiment film featuring Arindam Ray, Archita Sahu, and Mihir Das in key roles. Veteran actor Mahasweta Ray plays the mother of Arindam Ray and Mihir Das assumed the role of the father of Archita Sahu. The film is about a rich young lady and a helpless kid.

This Odia dialogue was delivered by Anubhav Mohanty. He has shown up in more than 50 Odia films over the span of his vocation, generally in leading roles, and this one is his most famous dialogue.

Hara Patnaik the actor, director, and screenplay writer. He has acted in more than 60 Odia films and directed around 19 others and this was one of the best memorable and famous Odia dialogues of his.

This was a famous Odia dialogue of Mihir Kumar Das. He is an Indian film actor who works in Odia films. He has gotten a few honours, including Best Actor for his movies Laxmi Pratima in 1998 and Pheria Mo Suna Bhauni in 2005.

This is Sidhant Mohapatra’s most famous Odia dialogue. He is an actor and political figure from Odisha. He was elected to the fifteenth and sixteenth Lok Sabha in 2009 and 2014 independently. He is the first actor in the Odia film industry who won 7 Odisha State Film Awards continuously.

Another famous Odia dialogue is this one said by Anubhav Mohanty, an Indian actor, film producer, TV character, and politician. In 2012, after the tremendous accomplishment of Balunga Toka, he made his own production house named Vishnupriya Arts and Graphics.

One of the most famous Odia dialogues of Katak – The Silver City. It is a film based on the hidden world story of Cuttack, the silver city. The story revolves around the experiences of Cuttack Police, bhais and gundas.

Also one of the most famous Odia dialogues from film Agastya, which is an Odia action thriller movie directed by K.M. Krishna and created under Akshaya Parija Productions. It was one of the most engrossing Odia films in 2016.

One of the famous Odia dialogues from the movie Abhimanyu, the story is about a simple kid who was taken by a gangster. Movie directed by Susant Mani features Anubhav Mohanty.

Films may be hit or flop in the cinematic world. Yet, one thing that stays with us are the wonderful Odia dialogues which also become the lifesavers of the film. One may forget the actors, producer, or even the name of a specific movie now and again, but the dialogues stay evergreen. 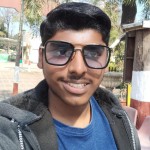 Mumbai, July 29: Nithin Lukose's debut feature as a writer-director in the Malayalam language, Paka (River of Blood), is all set to...
Read more
Entertainment

July 28, 2021: Weightlifter Mirabai Chanu has made the country proud with her Olympic silver medal in the 49kg category. And given...
Read more