The statutory body has sanctioned permission for Legislation that is the enactment of laws. Cabinet resolution should be passed to establish this body. The statutory body is an independent body. An Act of Parliament or an Act of State Legislatures creates a statutory body. The government has formed very important statutory bodies that cater to the responsibilities of the smooth functioning of the country.

Statutory body or authority means a non-constitutional body that is set up by an act of parliament. Statutory bodies are authorized to pass the law and take the decision on behalf of the state. The statutory body has sanctioned permission for Legislation that is the enactment of laws. Cabinet resolution should be passed to establish this body. The statutory body is an independent body. An Act of Parliament or an Act of State Legislatures creates a statutory body. The government has formed very important statutory bodies that cater to the responsibilities of the smooth functioning of the country.

The Current Chairperson for the National Commission of Minorities is Shri Ghayorul Hasan.

National Law Commission: Law Commission of India is an executive body established by an order of the Government of India. Its major function is to work for legal reforms. The Commission is established for a fixed tenure and works as an advisory body to the Ministry of Law and Justice. Its membership primarily comprises legal experts. The Law Commission, on a reference made to it by the Central Government or suo-motu, undertakes research in law and review of existing laws in India for making reforms therein and enacting new legislations. It also conducts studies and research for bringing reforms in the justice delivery systems for elimination of delay in procedures, speedy disposal of cases, reduction in the cost of litigation, etc.

The major functions of the NCW Include:

National Human Rights: On 3rd March 1978 heinous crime happened in Patna, the Patna police brutally lathi-charged a demonstration of backward classes in front of the Assembly House. On 31st March 1978, police opened fire without warning in Raghunathpur Bazaar, Bhojpur District, killing four persons on the spot. On July 13, 1991, in Pilibhit District of U.P. 10 Sikh pilgrims were killed by U.P. police in false encounters. In the context of violence in Punjab, Jammu & Kashmir, North-East, and Andhra Pradesh, the pressure from the foreign countries and the awareness among the people for the protection of human rights led to the creation of a National Human Rights Commission. Section 2(d) of the Act defined the expression of human rights by stating that “human right means the rights relating to life, liberty, equality and dignity of the individuals guaranteed by the Constitution or embodied in the International Covenants and enforceable by courts in India”. The chairperson of the National Human Rights Commission is Justice H.L Dattu.

The various functions performed by NHRC are to:

National Green Tribunal: The Constitution of India through its directive principles of state policy (DPSP) mentions that “the state must protect and improve the environment and to safeguard the forests and wildlife of the country and bestow upon the citizens the duty to protect the environment”. In 2010, the government enacted the National Green Tribunal (NGT) Act which enabled the creation of a special green tribunal that would handle the cases concerning environmental issues. The inspiration for this came from Article 21 of the Constitution of India which guarantees the citizens of India a right to a clean and healthy environment.

The functions of the National Green Tribunal are as follows:

Powers and functions of NCBC:

Statutory bodies are established by acts that Parliament and State Legislatures can pass. A statutory body is an organization of government that is not demarcated in the Constitution of India but it gets its powers, service rules, authority by an act of parliament or state legislatures. They are generally established to perform specific functions that a government considers effectively performed outside a traditional departmental executive structure. They fulfill the requirement for some operational independence from the government; funding arrangements that are not dependent on the annual appropriations processes; or to establish a separate legal body. Statutory bodies are normally set up in countries that are ruled under a parliamentary democracy form of political setup. Under the law, statutory bodies are organizations with the authority to monitor that the activities of a business and check whether these institutions are legal and follow official rules. 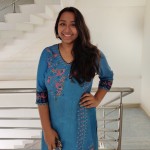 Hi, I’m Shuvangi. A law student from Xavier Law School, Bhubaneswar. A woman who’s an orator and pretty vocal about her opinions and what she believes in. My absolute platform gives me an opportunity to be heard and I make its maximum utilization.

Shuvangi Das
Hi, I'm Shuvangi. A law student from Xavier Law School, Bhubaneswar. A woman who's an orator and pretty vocal about her opinions and what she believes in. My absolute platform gives me an opportunity to be heard and I make its maximum utilization.

April 25, 2021: According to an independent organisation of the World Justice Project (WJP), Rule of Law Index stands for a quantitative...
Read more
Law

Here’s everything you should know about Limited Liability Partnership Act

All you need to know about the Indian Telegraph Act, 1885

April 12, 2021: The Indian Telegraph Act, 1883 is the enabling legislation in India which governs the use of wired and wireless telegraphy, telephones, teletype, radio...
Read more