Sprinter Srabani Nanda: The thunder and lightning of Odisha

Sprinter Srabani Nanda from Odisha has a long track record filled with accolades. This girl from Kandhamal represented India in Rio Olympics 2016, South Asian Games, Commonwealth and she is now pulling up socks for the 2021 Summer Olympics. But do you know how she raced this far?

No one can stop a lightning. In the history of sprinting, Srabani Nanda from Odisha is one such lightning which brightens up the sky and tells you I can strike with thunder.

The untold story behind the success of women sprinters, their dedication, hard work, sweat, and blood invested, are not widely known. Especially in India, where a girl faces so many hurdles in education and livelihood embarking a career in athletics was considered impossible. But Srabani changed the records and this is how she did it.

Who is Srabani Nanda?

Srabani Nanda was born on July 5, 1991, in the Kandamahal district of Odisha. Her father was a clerk and mother a headmistress in a local school. She completed her graduation in arts from Ramadevi Woman’s College in Bhubaneswar and pursued MBA from North Odisha University.

She played a very active role in participating in social events in her village. Interested in sports, Srabani’s father saw her inclination towards sports and encouraged her to sprint. She started participating in several sports events.

Srabani, a 100m, 200m, and 4*100m sprint runner, got her training from State Sports Hostel, Bhubaneswar, in 2002. She was trained under coaches Nila Madhab Deo & Tarun Shaw of Sports Authority of India (SAI).

Her life-changing sprint was at G. Kosanov Memorial Meet in Almaty, Kazakhstan, where she completed the 200-meter sprint in 23.07 seconds. She secured her place in the Olympics, as the clock limit was set at 23.20 seconds for qualifying into the Olympics, 2016. Along with her, another notable sprint runner Dutee Chand, also from Odisha qualified for Olympics.

Srabani was awarded ₹5 lakh incentive by chief minister Naveen Patnaik for representing India in the Olympics and special incentive of ₹10 lakh by the state government. The Odisha Olympic Association and Odisha Athletic Association rewarded ₹50,000 respectively to Srabani.

In an interview, she talked about her dedication for the past few years and said her next target was to break the national record of 22.82 seconds.

Keeping her spirits high, Srabani went to Rio de Janeiro, to participate in the Rio Olympics, 2016. Her race to gold was against the world’s best sprinters. Unfortunately, Srabani couldn’t qualify for the 200m race as she got eliminated in the 1st round of the tournament. She stood 55th among the 72 athletes, completing her lap in 23.58 seconds, which was more compared to Cote d’Ivoire’s time of 22.31 seconds.

The Odisha government, pleased by Srabani’s determination for her career and her achievements, decided to offer her the post of junior manager in the Odisha Hydropower Corporation. She was appointed in 2016.

After achieving accolades at national and international arenas it was the state’s time to give Srabani what she deserved.

Odisha’s 24th Ekalabya Award-2016 was awarded to Srabani Nanda for winning the hearts of millions of Indians and especially people of Odisha.

People like Srabani who hail from lower middle-class backgrounds deserve our utmost support and respect. Very few have the guts to represent India at an international event. Sports like sprinting requires utmost fitness, discipline, blood, and sweat.

Due to the worldwide COVID-19 outbreak, the 2020 Summer Olympics, where Srabani was supposed to represent India, has been postponed to 2021.

After failing to qualify in the 2nd round of 2016 Olympics, sources said Srabani has been practicing tirelessly so that she can make her record.

After achieving innumerable awards and accolades, it’s time for Srabani to set her foot into the 2020 Olympics with double the enthusiasm. These untold stories need to be heard by people so that people get acquainted with sports, which is not prominent in our country.

We are sure Srabani will again race ahead in the upcoming 2021 Summer Olympics. 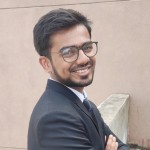 Hi, I am Avik Ghose. I am a law student pursuing my course from Xavier law school, Xavier University, Bhubaneswar. I am a believer, orator, & enthusiastic writer. I am a seeker of knowledge and love to read novels and articles. Penning down my thoughts into pen and paper is my part-time job.

Avik Ghose
Hi, I am Avik Ghose. I am a law student pursuing my course from Xavier law school, Xavier University, Bhubaneswar. I am a believer, orator, & enthusiastic writer. I am a seeker of knowledge and love to read novels and articles. Penning down my thoughts into pen and paper is my part-time job.

September 19, 2021: Did you know Chanakya, who the pioneer of political science and economics in India was responsible for creating the...
Read more
Sports