A deeper look into the reasons for rape in India

It’s a matter of great pain that every human who has some humanity & conscience left in him/her is experiencing, is that the ongoing rape trends in the nation. The perpetrators have hit a new record low by continuing the heinous act of rape on, starting from very young girls to very old ladies who are at their departure lounge of god’s airport. And being a student of Law, it has just shaken me as well from the very basics because in-front our eyes the Law is being ridiculed like anything.

The order in the society is disturbed and the very purpose of law is trembling like a massive earthquake. The morality, conscience, and humanity among some people are deteriorating like the character of some of our so called ‘Netas’ of our country. What level of morality and humanity these perpetrators hold, who raped a toddler as small as 8 Years? That so even in a sacred place like Temple (Devisthan)(Kathu Rape Incident).

Girls while menstruation period are not allowed to enter into the temple but raping is allowed in our so-called Divine Culture. Many people say the law needs to get stricter, but can Law alone stop commission of these heinous crimes in the society. We hear a lot about rape laws prevalent in Dubai, if somebody rape in Dubai, he is hanged till death. But, is the number of rapes there is “Zero”? Rapes do happen in Dubai and all over the world. What we need to focus is “Why this is happening?” It’s time to think on this, rather targeting the symptoms we should focus on the reason.

In India it’s a mindset of the family members to get rid-off their young daughter as soon as possible. Once a girl reaches 23-24 years, she becomes a headache. There are many girls who get married while doing their graduation and some are even ahead who get married in +2 levels. In 99% of the cases it’s because of the family pressure due to which a girl is forced to get married. These narrow-minded people play a pivotal role in disturbing the societal balance. Let us see how.

Reasons for rape in India?

We as a nation in 2020 are still fighting for equal status for women, we cannot say it’s a complete failure but when our nation tries to walk forward, we only pull it back. Its 21st century and girls are proving themselves and are competing in all spheres of the society, whether its Armed forces, administration, art etc. etc. There is no such field untouched where women are not showing their potentiality; rather they are performing better than men. If a girl is not allowed to implement what she has learned, studied in her life how she can establish her personality in the society.

Once the girl reaches 23-24 years the parents run before for marriage. If you will marry her in this early age how can she bloom/prosper? If she is not able to show what she is, what she can do? Just remain as a doll in the house, what picture will it project in her family? Obviously, she will not get the respect and importance she deserves; she will continue to be treated as an object. The above mentioned scenario may not be a direct reason for the rapes, but this is an important reason for the diminishing stature of women in the society. And then somewhere or the other it plays a role in the minds of the perpetrator and influences it to consider the women as an object to enjoy. It’s high time to change the mindset and think in a different way.

Need of the hour

The lines by Lord Krishna enumerated in the beginning are what the need of the hour is. Krishna cannot come to save the human breed, it’s the duty of Law and guardians of law to take up this work and eradicate the sin of rape. We have to act inhumanely with the in-humans. Amendments have been already made in the POCSO Act, which is definitely a good initiative towards making the rape laws stricter. Also, the amendments in the Juvenile Justice law regarding the age limits in Heinous offences is also a great step towards this.

If we can kill a person in self-defense (section 95 IPC) and that’s not inhuman then where is the problem of giving death penalty to the perpetrators? For a woman her ‘respect’, ‘sanctity’ is everything, not only women, as humans are social animals; getting respect is a basic want. Respect and life are closely related if we talk about humans, and everyone will definitely agree on this notion. Necessity knows no law, and it’s a necessity of time and the society to curb this in any way.

This means where women are honored, divinity blossoms there. Woman is the creator of the universe. A woman plays her adorable role as ‘Janani Bhagini Jaya’. Every man needs a mother, a sister and a wife. And it’s the duty of all of us to respect them and uphold their sanctity above all and we must all take a pledge to safeguard the root issues from getting aggravated more in coming future. Because then only, a balance can be established and with that balance everything will get restored again. Respect for woman starts from a family, then it escalates in the public domain. So, let’s start it from the very beginning. 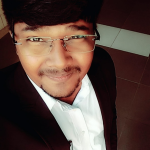 A Fourth Year Student pursuing B.A. L.LB from KIIT Law School and a Judiciary Aspirant. I am a keen observer and for me writing is a means of reflecting and conveying my thoughts to the people and make them aware, about the same.

Chiranjeev Jena
A Fourth Year Student pursuing B.A. L.LB from KIIT Law School and a Judiciary Aspirant. I am a keen observer and for me writing is a means of reflecting and conveying my thoughts to the people and make them aware, about the same.

Image: Utkal Today Bhubaneswar, June 7, 2021: “The Clash of Civilizations and the Remaking of World Order” is...
Read more
Social Issues

External affairs of woman cannot describe her as a bad mother: Punjab and Haryana High Court

June 3, 2021: Noting that in a patriarchal society, it is common to cast aspersions on the moral character of a woman,...
Read more
Social Issues

Why India’s HDI is below that of other developing nations?

May 21, 2021: The Human Development Index ( HDI ) is an analysis tool created for the purpose of measuring the average...
Read more