Enabling Transparency and Enhancing Accountability in Odisha Initiatives, is a scheme lead by the government of Odisha.

What is Peeta Yojana?

The Government has taken a range of ambitious citizen-centered steps to ensure balanced development and healthy people’s livelihoods and is dedicated to providing the necessities of life such as housing, heat, water, safety, and social protection. Different programs/schemes have been developed and introduced to enhance livelihoods, healthcare, and gender empowerment. The Government of the State shall adhere to the 3T Mantra (Transparency, Team Work, and Technology) for the effective implementation of its programs and schemes. The “PEETHA” scheme is a re-statement of the 3-T Mantra for good governance. In the course of such sustainable growth, the State Government has also initiated a local area growth project named the ‘Ama Gaon Ama Bikash’ system to accelerate the local development cycle by offering a missed link to the current development network and engaging residents in the phase of community development out of the state’s capital. PEETHA is a sub-scheme for Ama Gaon Ama Bikash. PEETHA camps would maintain openness and honesty in the allocation of benefits as well as inspire residents by supplying details on all pro-people projects and policy initiatives.

The program has two objectives: (i) Provision of incentives to individuals/groups in a straightforward way to increase transparency. (ii) Improved exposure to people’s knowledge about different policies, services, and policy measures.

CM said in these camps, there will be a distribution of LED lights under the AMA LED scheme, awareness about Mission Shakti, social security assistance like the Madhu Babu Pension Yojana and Pension Arts, Nirman Yojana and other requirements. Awareness of the significant initiatives of the state government on different issues will be provided. Block Level Monitors will track the program which will support volunteer social workers in its operation. Each month, the best panchayat in-block will be awarded to Rs 5 lakh for organizing PEETHA. Upon completion of the camps, the best panchayats in each region would be named at the level of the state.

According to government officials, PEETHA camps are planned to serve two functions— awareness-raising of the various government welfare initiatives for the vulnerable and prompt redress of grievances. A total of Rs 41.66 crore was provided to 32,259 poor people who completed the building of their homes under the state housing scheme within four and six months, as an incentive, while 6,155 new beneficiaries were listed and charged work to create houses. Besides, officials said that more than 1,22 lakh beneficiaries were supplied with electricity.

The opposition Congress and the Bharatiya Janata Party (BJP) accuse the BJD government of making strong demands and using the word PEETHA as nothing but an ‘electoral trick.’ Congress spokesperson Satya Prakash Nayak reported that the Naveen Patnaik government had invested government money on the operation of the BJD. “If the policies are transparent and clear, then what is the necessity of PEETHA YOJNA? It is a result of the instability and frustration of the governing party as they realize there is an undercurrent toward the grassroots government, “Nayak said.

However, there have been reports of low attendance at some camps, especially in interior districts such as Malkangiri and Mayurbhanj. The BJD staff blamed it on low-level disinterested authorities. Top officials in Bhubaneswar also admit that they have received reports regarding a lack of interest on the part of lower-level officials to make citizens aware of government schemes from a few camps in districts outside the capital city.

Therein lie the political implications of a program like PEETHA. Political analysts said that policy programs such as PEETHA offered several opportunities to the poor before the polls, but their failure may be catastrophic for the governing party. Patnaik, who has been in government for the last 19 years, undoubtedly understands this very well, and this is why the whole project is being controlled by the Chief Minister’s Office. In coining the name of the project after the popular Odia sweetmeat, he has sought to strike a chord with millions of women in the state, most of whom have become his ardent supporters.

In reality, their presence has caused a spin-off effect: the old tradition of producing ‘Peetha’ has been rekindled.

In most of the camps, there are different types of traditional sweets made by women and self-help groups (SAGs), including “Manda peetha,” “Kakara Peetha,” or “Aarisha Peetha” The camps were a place for many women and SHGs to celebrate while others who had entrepreneurial skills were able to raise some money from selling sweets.

Following several months in consecutive monthly PEETHA camps, the political result of PEETHA could be clearer. 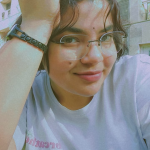 She is a philanthropist, logophile, bibliophile, And an Aesthete. Florence is a keen philomath. She is a Sustainable Development student, poet, blogger, and proud Odia. She Believes to bring change through her writing like a “Blooming Flower ” defining her name.

WhatsApp
Facebook
Twitter
Linkedin
Previous articleLord Krishna – Is it true that he has blue skin?
Next articleRemedies for Hiccups

Florence Das
She is a philanthropist, logophile, bibliophile, And an Aesthete. Florence is a keen philomath. She is a Sustainable Development student, poet, blogger, and proud Odia. She Believes to bring change through her writing like a "Blooming Flower " defining her name.

Odisha has contributed its human resources to all fields of talents that the human race can conjure of. Be it rocketing into...
Read more
Odisha News

Odisha cancelled global e-Tender for the COVID-19 vaccines, as announced by the Naveen government of Odisha on Wednesday. He announced that the...
Read more
Food

People of Odisha love food, owing the importance of it in the religious culture of the state. Odia cuisine is very simple...
Read more