The Monsoon is on its verge of ending this year and the deficit of rainfall has already put the life of farmers in uncertainty. There are 19 districts of Odisha which have been going through the agricultural odds due to the inadequate rainfall. This has made many Odia farmers endure hardships and suffering.

The monsoon of this year is gradually terminating at this point, and farmers, especially in Odisha, seem to keep themselves busy in their agricultural activities for a better harvest. Odia farmers endure hardships due to inadequate rainfall and the COVID-19 pandemic. Some districts of Odisha are facing a rainfall deficit regardless of getting a good amount of rainfall due to the onset of Southwest monsoon.

The affected areas of Odisha are Soro and Bahanaga in Balasore, Athagarh in Cuttack, and Sadar block in Jagatsinghpur. The circumstances seem evident due to the deficit of rainfall over here as the farmlands now lay dry, which used to remain filled with ample amount of water. The agricultural sector is badly affected due to the insufficient rain this year. Some places also prevailed in situations like a drought in their crop fields and some of them are letting their cattle loose to graze on the crop field. Even so, farmers have managed to sow paddy saplings at some places, but the germination of crops has been poor.

A farmer in Athagarh said, “Farmlands are lying dry due to lack of rain. We had prepared the lands for sowing activities, but due to dry weather, it has become increasingly difficult”.

“The amount of rainfall we expected is yet to occur this year. Therefore we are facing problems in sowing”, said Arjun Majhi of Soro who is equally affected.

“The July month is nearing an end, and the sowing should have been completed. However, there is no rainfall, and the canal is also dried up. Though we are complaining to the administration, they are not paying any heed”, said Pramod Kumar Das of Jagatsinghpur.

Similarly, Batakrushna Behera of Jagatsinghpur complained saying, “The paddy saplings were sown, but the plants are dying due to lack of rain. Canal water is also not being released. We are spraying some amount of water to keep the land moist, but that is not sufficient”.

The Executive engineer of the irrigation department, Jagatsinghpur, Pratap Kumar Satpathy said, “Weeds had developed in the channel of Taladanda canal. Cleaning is underway, and the weeds will be removed after two days. Thereafter, about 1000 cusec of water will be released, and we will be able to supply sufficient water to all canals.”

This year, the six coastal districts namely, Puri, Khurda, Jajpur, Kendrapara, Cuttack and Balasore have received insufficient rainfall between 20 and 59 per cent, according to the scrutiny of Indian Meteorological Department (IMD) regional centre. The State of Odisha has recorded a deficiency of 5% as a whole, as compared to the term-average. As on 21st July, as many as 19 districts of Odisha have suffered from insufficient rainfall. This has made many Odia farmers endure hardships and suffering. 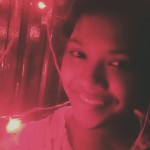