A gun-battle between Odisha’s security personnel and Maoists

Following a tip-off, the security forces reached their hideout, where the Maoists opened fire and consequently a gun-battle followed, in which four Maoists were killed...

On 5th July, Sunday, at least four Maoists were brought down during a fire-off between the security forces and Maoists, that took place in a dense forest in the Kandhamal district. According to Director General of Police (DGP) Mr. Abhay, few other Maoists have been injured in this encounter.

After receiving secret information, a team of Special Operations Group (SOG) personnel and District Voluntary Force (DVF) officers had raided into the Sirla forest early in the morning. This forest is located in the Tumudibandha area of Kandhamal district.

According to the Inspector General of Police (anti-Maoist operations), whilst the search operation continued, the security personnel spotted a camp of 35-40 armed Maoists. The Maoists opened fire at the police immediately. When the police asked the rebels to surrender, they continued the fire and even attacked with grenades. And when the police started their retaliation, the miscreants fled from the place, losing four of their members.

Two of the four dead Maoists were women and they are suspected to be the members of the Bansadhara-Nagavali-Ghumusar division of the banned CPI (Maoist). So a massive combing operation will be carried out in this area. After the Maoists fled the place, their camp was raided and a large number of arms and ammunition have been seized. Earlier this week, another Maoist camp was busted and explosives were seized by the security personnel in the Phiringia area of Kandhamal.

The Chief Secretary A K Tripathy congratulated the security personnel through his tweet which says, “Congrats to Officers & Jawans of Odisha Police on successful ops in Kandhamal. Their brave action is much appreciated. Death of 4 Maoists confirmed. This strengthens our resolve to free our state from extremism and spur all-round development in the state.”

This operation has indeed strengthened Odisha’s resolve to fight extremism and send out the message of intolerance of the state against any Maoist activity. 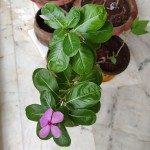