After Franklin Templeton shut down its 6 debt mutual fund schemes, there is a fear in the entire Mutual fund industry, especially among the small retail investors.

In the past few days, all we see or read in the news headlines is “Franklin Templeton shuts six of its bond schemes”, “Investors money worth INR 30,000 crore stuck in the Franklin Fiasco” etc. but how many of us know exactly what happened? Well for starters, some of you might have tried reading about it but the jargon used was way too complicated for people who have little knowledge about Stock Markets, or for that matter about finance.

In this article, I have tried to simplify the jargon into ordinary words and explain the situation with a very simplistic example. So let us find out what exactly happened and what went wrong with Franklin Templeton.

Franklin Resources Inc. is an American Multinational Holding Company, which has its subsidiaries in many countries, and are collectively known as Franklin Templeton. It is an Asset Management Company whose job is to get money from investors and invest them in different assets of different companies. Now Franklin Templeton invested in many bond schemes of different companies in India, many of which had bad credit ratings. Due to this and a few other reasons, the investors started redemption of their bonds putting pressure on the company and that resulted in the closure of six such schemes. Okay, let’s hold up for a while and understand how these schemes work. Let’s relate to the example below.

Note: Bonds are funds that you invest in a company. The company pays you a fixed interest every year (known as the coupon interest rate). There is a time until which you have to keep the money invested in a company, let us say 10years, after which you will get the original principal (this is known as the time to maturity). It is like a Fixed Deposit in a Bank but a bit riskier and somewhat gives better returns.

I’ll put the jargon in a bracket for you to relate to it.

Now what happened due to Covid19 is that there was panic among the buyers of chips. They thought that ‘it is better for me to return the chips and take back my money’ as the situation is uncertain. Many buyers of those chips went to you and asked you to give them their money and take back the chips.

So when few buyers asked for a return, you took their chips packets, kept it with yourself and gave them whatever money you had in the cash box.

Now you think that it is better to sell those chips to other buyers and collect money from them and return the money to the original buyers but you can’t do that because no one wants to buy now (market sentiment).

What will be the best option for you as a shopkeeper?

Shut down your shop, put a notice outside your shop saying, “I am gone!” Jokes apart, what would be your ideal strategy?

To temporarily close the shop and wait for the market sentiment to ease out and then think about further business. Till that time whoever has the chips of those six flavors have to keep it with them and cannot sell them or trade them.

That is precisely what Franklin Templeton did, except they didn’t run away! There was a liquidity crisis in the market, meaning the market was short in cash, and people needed money. This led to redemptions of bonds by the investors at unprecedented levels. Due to a shortage of liquidity, Franklin Templeton closed 6 of its bond-related schemes temporarily. The President of Franklin Templeton India, Mr. Sanjay Sapre, said that this move was necessary to protect the investors. Almost 30,000 crore rupees have been stuck in those debts. Franklin India said that due to the Covid19 situation, the bond market saw a lot of redemption and that led to the closure of six of its schemes. But is that the complete picture? Or is there more to it?

Let’s understand how things happened. All the six schemes that were closed were managed by Mr. Santosh Kamnath, who is the Chief Investment Officer for Fixed-Income for Franklin Templeton. He played a very different game from his counterparts. He started investing the money of those funds in low credit rated companies. Low credit rated companies are those that are a bit risky to invest as there is a risk of the company defaulting and being unable to pay up the principal amount. For this reason, they pay higher interest rates. Simply put, more the risk, higher is the expected return.

So he started investing in companies like YES Bank, DHFL, Vodafone-Idea, and many other companies that have a credit rating of less than AAA (riskier).Franklin was the sole investor in 26 of such companies. Meaning that if all the companies were to default, the wrath would be faced by Franklin alone. Initially, these bonds resulted in higher returns and investors were lured into these schemes. The idea of a short term profit is always injurious to wealth. In fact, Franklin’s India Ultra-Short Bond Fund delivered a return of 7.7% annually over five years, beating almost 80% of its counterparts.

There is a saying, “If you rise too quickly, you fall even quicker.”

That is what happened with Franklin, as the companies started to default, pressure mounted upon them to pay back the investors. Everyone knows what happened with YES Bank, DHFL and others. So the redemption pressure was high. Covid19 just acted as the final catalyst. This is not a matter of the current state but this was coming and all it needed was just a little help from the Corona Virus and Franklin India blamed the Corona situation to deal with their failure. Franklin suffered because of its greed, and now the fate of it will be decided in times to come. 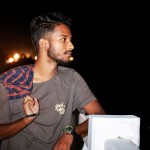 California, May 27, 2021: Amazon and MGM have announced that they have entered into a definitive merger agreement under which Amazon will...
Read more