Martian missions have been unleashed by the humans during the times when Earth is pandemic ravaged. The United Arab Emirates has blasted off the world’s first probe of the Arab to Mars, the Red Planet, from Tanegashima spaceport of Japan on Monday, 20th July 2020. China is the next country in line for sending their three-in-one spacecraft onto the Red Planet, followed by the United States.

The Hope mission by the UAE is a satellite based on research. Instead of landing on the planet, the satellite would orbit Mars. The new venture coming from the Chinese and the Americans are more competitive and daring.

Tianwen 1, which means a quest for heavenly truth, of China, has been expected for its lift off between the launch window July 22 to July 27. Tianwen 1 has a satellite, a lander, and rover which would probe the surface of the planet.

The Perseverance surface rover of NASA has been expected for an early take off in the month of August. This take off depends on the conditions.

On 17th July 2020, the first mission to Mars had been rolled out by the Chinese by launching the vehicle to wheel out from the launch pad. This happened at Hainan’s Wenchang Space Launch Centre. The process of filling propellant fuel has been stated in the latest reports. The mission would soon lift off the CZ-5B or Long March- 5B, a Chinese built rocket, during its launch window. It is expected that the lander would reach the Red Planet in February 2021.

The United States and the older Soviet Union are the only countries who have landed spacecraft on Mars. The European Space and India have been successful by sending their mission on the Red Planet’s orbit. In the last two decades, the scrutiny of satellite imagery has shed light on the expansive space programme done by China, which has been in progress.

Hainan is located on an island province in the southernmost point of China. This has been chosen For the Wenchang Space Launch Centre as it is closer to the equator and provides an adequate boost for the rockets, due to the rotational force of the Earth. For the transportation of bulky space equipment from the area of Tianjin, the place where it is manufactured, the island provides access to ships such as Yuan Wang 21 and 22. The launches are generally done southward for enabling the fall of the debris into the ocean, having a minimum risk to the humans on the land.

The Center of Wenchang owns two unique complexes of space launch with other facilities for support, which was built over seven years. The launch complex of the CZ-5/ LM-5 has its own vehicle assembly building to the North and a launchpad of around 2,800 meters to the South, with both, meant to deal with heavier loads. These both are in connection with the help of 20-meter-wide rails, which enable the transportation of fully assembled rockets. The complex also provides facilities for the support to deal lighter loads.

The launch pads are similar to the type of umbilical towers and have underground flame trenches. Each of the four lightning conductors is used to protect the pads. For the service of the pads for cleaner rocker fuel, the LOX/ kerosene and LOX/ LH2 propellant tanks are used.

The China National Space Administration, the CNSA, has showcased an experiment as a new drop test towards the diplomats of nineteen countries on 19th November 2019. Seventy kilometres North West of Beijing, the drop test facility in Huailei of the Hebei province.

Six of 140-metre-tall steel trussed pylons are provided on a hexagonal stand as a help for the lander to get a height of 130 meters in the drop test. For the housing of an elevator-based monitoring platform, another trussed pylon is used which can rise up to 200 metres. A small building of servomechanism is used for helping in the lift and the drop of the lander, which is located at the base of each pylon.

A space centre has been built by the China Astronaut Research and Training Centre, with the aim of the Chinese astronauts for the stimulation of the Mars environment. The facility has been named as Mars Base No 1. It is a＄2.2 billion facility, which has been opened for school students in April 2019. This facility is located 300km North of Lanzhou and 15km South of Jinchang. Nine separate compartments have been connected to the base for central control with covered corridors. A communication node and a separate garage to cove Martian rovers are also created. The South area gives a resemblance of Martian landscape with craters and huts.

For monitoring the Mars mission, the CNSA uses three major earth stations. Two stations are located in China. Jiamusi deep space monitoring station has got the largest space parabolic dish antenna among the three, with a diameter of 67m. The third one is located around Neuquén city in Argentina. This station is used for deep space explorations and monitoring with a parabolic antenna of 37m.

The launch is also under check somewhere in the Pacific Ocean by a new Yuan Wang-6 space event ship. 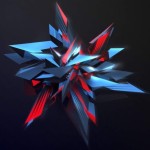 What is Khatrimaza? Is it safe to use its movie download service?

What is Moviemad? Is it safe to use its movie download service?