Utkal Today
Home Law The Attorney general of India: Will India give executive power to him
Law

The Attorney general of India: Will India give executive power to him

The Attorney General has the right to speak, take part in any parliamentary proceeding he is the member of. He has no voting rights. The Attorney General of India enjoys the office and receives remuneration as the President may please since the Constitution does not specify it.

The executive wing of the government enforces and implements the law and police made by the legislature. If the legal officer of the country who has knowledge of the law and immense experience in the litigation and Constitution, then he should be the one along with the other members of the Executive help enforce the law made by the Legislative wing. But that is not the case in the Indian Executive system. The office of the Attorney General of India was made by our Constitution makers to aid the government in power to get adequate legal help in socio-political and politico-legal aspects while running the administration of the country. The Ministry of Law and Justice, Department of Legal Affairs created the Law Officer (Conditions of Service) Rules in January 1987.

Controversies with this office have been in existence since the people perceived the Attorney General’s Office to be merely a string-puppet who basically defends irrational Government’s action in the court of law.

Despite criticisms to this office, the Attorney General of India plays a vital role in the Executive wing of the government, by not only advising the Government but also safeguarding the rule of law within the Government. With the increase in awareness, demands for accountable and transparent policy and decision making, a citizen today requires an office which shall be answerable to their issues. In practice, this office of the Attorney General must bridge the gap between the Legislature and the Judiciary, given that the Attorney General has the required expertise and knowledge in both the fields. Nonetheless, the kind of controversy and swindle is associated with this office has swept off the trust people had on this post.

One of the major roles of the Attorney General’s office is in the institution or staying in criminal proceedings. In such instances is when the Attorney General is put to test, where he has to give an opinion not only as of the Government lawyer but also as an unbiased lawyer who is appointed to ensure that no person is unnecessarily prosecuted without sufficient legal and public interest grounds. In such cases wherein the opinion of the Attorney General is of utmost importance, it must be a made a priority that they are impartial and not acting as per the political influence of the ruling party.

Why is the Attorney General not given executive powers in India?

Bearing in mind the Constitutional intent, the rule of law and the current political set-up, clearly, any person with the qualifications can be appointed in the office of the Attorney General of India and can be easily succumbed to various political pressure and interference from the cabinet which shall keep him from taking appropriate actions in future or can be a product of the political ideology the ruling party has.

The wordings of Article 76 suggest that the Attorney General of India enjoys the office at the “pleasure” of the President. This comes from a noteworthy doctrine, called the Doctrine of pleasure, which literally means that the servant shall remain in office as long as he shall behave well and in control of the appointer/master.

It can, therefore, be inferred that if the Council of Ministers loses confidence in the Attorney General because of his non-alignment with the ruling party, the President shall remove him from his post, because after all the President acts in the aid and advice of the Council of Ministers. A complete circle of politics making the office of Attorney General a political post that jeopardizes its independence.

To one’s amazement, the ruling parties in the past and to date continue to rely on the Attorney General’s advice and advocacy when it comes to “scams” which reaches the Supreme Court. Right from Indira Gandhi’s draconian Emergency laws, ADM Jabalpur case [1976 SCR 172] to the present ruling party’s cases.

The last Attorney General of India, Mukul Rohatgi who found himself in controversy when the NDA government was pushing for the NJAC, which very conveniently trembled the relationship between the political executive and the Judiciary. Furthermore the current Attorney General, K.K. Venugopal was poked fun at because of his statement arguing on the Rafale Deal in the Supreme Court.

The kind of power the ruling party holds and the influence it exerts on the offices, it becomes rather a blow on the democratic nature on which this country stands. The reason why the Attorney General of India is not a part of the Executive is that his office is not considered to be under the influence of any party. In an attempt to make the office of the Attorney General independent and unbiased, India does not include it in the Executive wing of the government. With an increase in the politicized offices of the administration, it becomes a tricky state of affairs to be seeking legal justice from the Government. 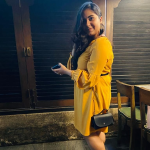 September 5, 2021: This year the Lok Sabha passed the Appropriation Bill 2021-22, authorising the government to draw funds from the Consolidated Fund of India...
Read more
Law

July 30, 2021: In India it is a commonplace that the so-called God men of our nation are labeled with allegations and...
Read more
Law

July 25, 2021: Preamble of the Indian Constitution pertains to the guidelines to guide and regulate the affairs of the massive Indian...
Read more