The respect earned through merits, A Tribute to Irfan Khan

To make a mark we need to have a marker, a marker than engrosses in the grossest of subtle, a Coal is a natural marker used multi-hands, be it walls of monuments, a tailor, a ironing vendor, a teacher, a speed enhancer, a warmth creator, every grasp creates an impact, impression that is camouflage with the grey matter, non-erasable with any white washes.

The respect earned through the merits is hard to wipe off ever.

To remember, a depth is dug beneath the layers

To cherish the nourish, acknowledge is the cheers

To drive through the boulder, accelerate in the fears

To bid a legend farewell, proud should be the rolling tears.

The numerous shows, the echoing dialogues, the deeds of perfectionism, the chores of simplicity, all speak through the eyes which have over powered the Mute. The essence of the creativity and the boldness compresses the coal to be a diamond incomparable; the mark indeed is gauged and sculpted through an artist who believes and dives within the Art, holding up the swimmers along as a true surfer. Rewarding the award itself is a justified gesture, no matter what; the lemonade still leaves a tinge on the tongue which the honey tries to pacify.

The license to uphill struggle is earned with carving the roads barefooted, the franchise to it demands a valor of a commendable Actor and Hero, who walks and talks the path making a trail to be followed by the magnet of inspiration creating a whirlpool of Aspiration to seek by the followers not merely on social sites but in Life of such status holders. Stand up and be the marshal of ignited fire to brighten up the thousand lives by living up the dream that never fades away with the burial of ashes.

A fetus implant is no coincidence, the maturing months is scripted and signed well in advance as the crucial dates appointment is acquired for a project of the birth. A baby when is born holds the finger and feels the world through the mother ,the first point of contact ,be it the umbilical cord or the feeding glands, the debt it builds up is non repayable in lump sum or installments, ever is never. The zone of heaven is a safe embrace for the departed to share the stories. Directed, produced and enacted in the realm of virtual stage, edited by the angels, casted through the auditions, then is launched, a premiere that’s zoomed and viewed like a fire in forest, oozed under the shower of gratitude and turns into the fertile soil ready to sow the fresh seed once more ,awaiting to bud and spread again, the twigs into branches and then a trunk ,holding sturdy again amid the new script ,with a new look, a new story, new supporting roles, new chapter which always carries the references from the previous one, the show seems to be never ending.

The camera, the cut, the action all is there, but YOU

The story, the script, the song all is there, but YOU

The rehearsals, the delivery, the pack up all is there, but YOU

The world, the industry, the family all is there, but YOU

The honor, the respect, the merit all is there, but YOU

See from above and note, was it this and was this enough, or a need of something more was still to be achieved. The forbearance and tolerance is the capability thrust upon the valiant, you were the chosen one,

YOU, the Legend that painted a new catalog of triumphant life is forever immortal in our hearts. 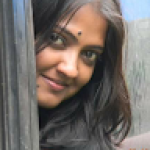